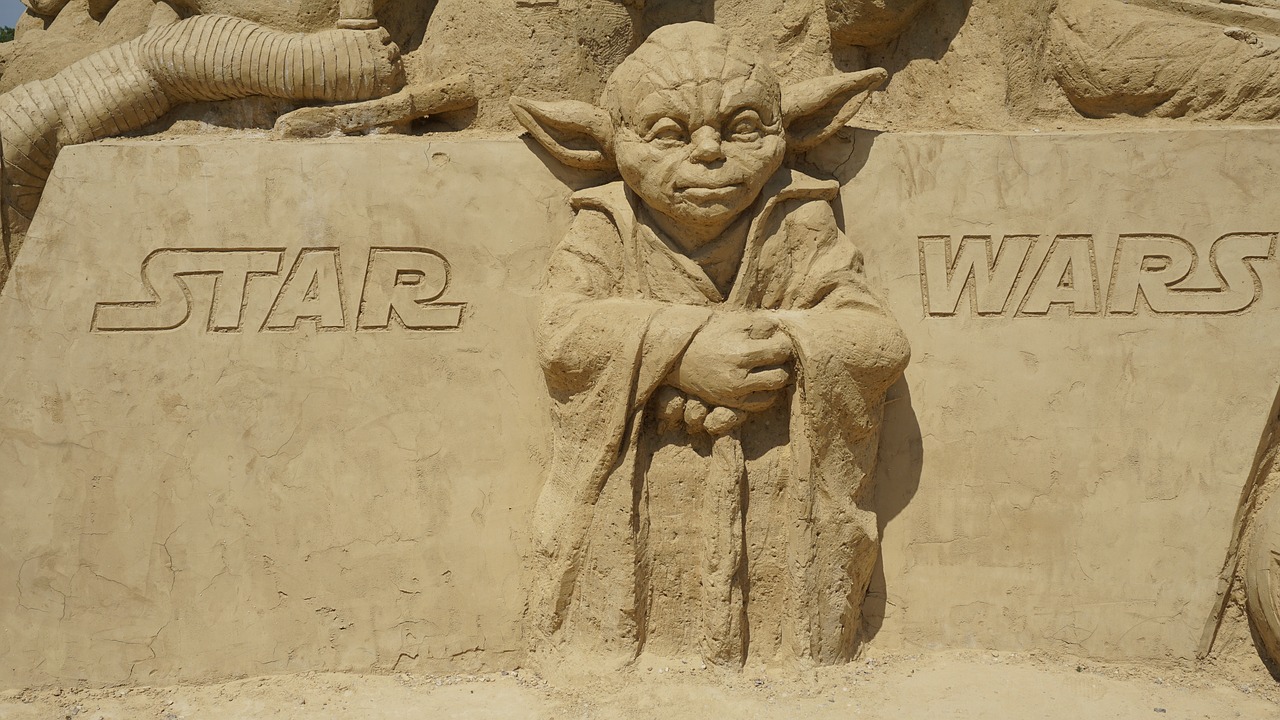 Star Wars: One of the most popular inter-galactic, action-packed movie series of all time. Star Wars buffs will no doubt have seen the movies over and over again, and just about everyone else on planet Earth has seen each Star Wars film at least once. In this post we’ll cover some interesting Star Wars movie trivia. Maybe you already know all this, or maybe you don’t.

# Harrison Ford was cast as Han Solo by accident. George Lucas went through a 7 month auditioning phase for the Star Wars cast and a young Harrison Ford was brought in to help feed lines to the auditioning actors. Lucas was so impressed with Ford’s lines when auditions were being run for the part of Han Solo, that Lucas gave him the part ahead of the actual actors auditioning for the role.

# Luke Skywalker almost turned to the dark side in Return of the Jedi. When Luke removed the dying Vader’s helmet, George Lucas toyed with the idea of having Luke put the helmet on and declaring he was now the new Darth Vader. Obviously that possible ending was never used.

# Industrial Light and Magic – the special effects creators of the Star Wars films – used old World War II dogfight scenes on which to model the fight scenes in the first Star Wars movie. This made for a real sense of aestheticism for viewers as they watched the fight sequences unfold. 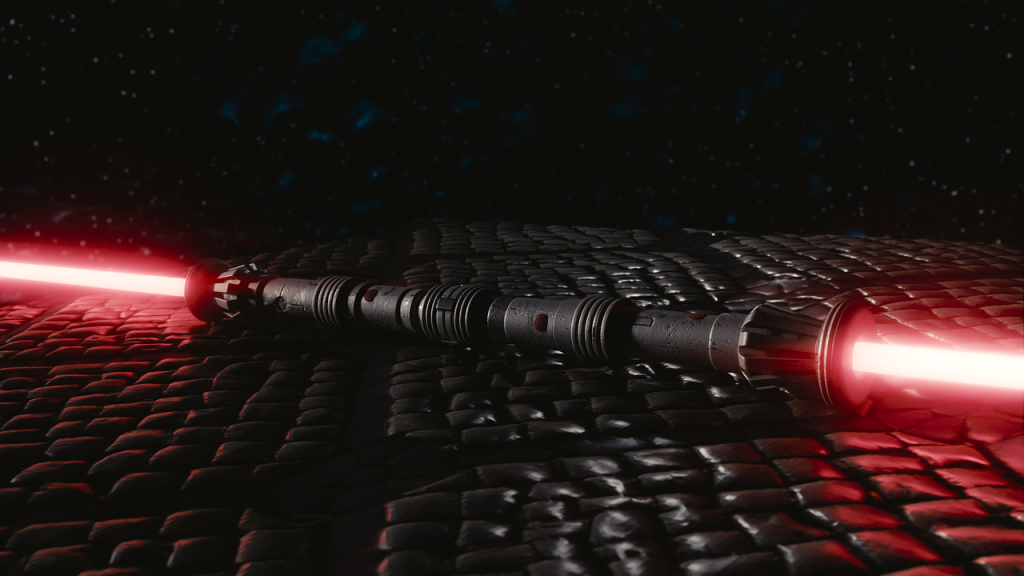 # The line “I’ve got a bad feeling about this” became a catchphrase of the Star Wars saga and is spoken in every single episode.

# The original sprawling George Lucas script was turned down by major movie studios because it was just way too long, expansive and confusing. Lucas had penned the first script to include the storylines that eventually made up the initial trilogy of Star Wars, The Empire Strikes Back and Return of the Jedi. Once he cut the last two acts from the script, the first act became the Star Wars storyline. The other two acts were then fleshed out some more and became the sequels.

# The voice used for infamous cuddly character, Chewbacca, is actually a mixture of the sounds of several other animals; including a walrus, lion, bear and badger.

# When the buzz of an old television picture tube is combined with the sound of a movie projector, this creates the actual noise a lightsaber makes. This is how they actually did it for the films. Pretty basic, but ingenious stuff.

# “Revenge of the Jedi” – That was originally the title of the now-named “Return of the Jedi”. It was changed because the word “revenge” tends to paint a dark and negative impression of the Jedi, and they are supposed to be the good guys. Good guys don’t get revenge. Right?

# The original 1977 Star Wars film “A New Hope” won the most Oscars at the Academy Awards that year.

# No one in the cast and crew except for a select few knew that Darth Vader was Luke Skywalker’s father. This was kept a secret from just about everyone until the “big reveal”, so there was no chance the information would be leaked before the scene in the movie was shown. 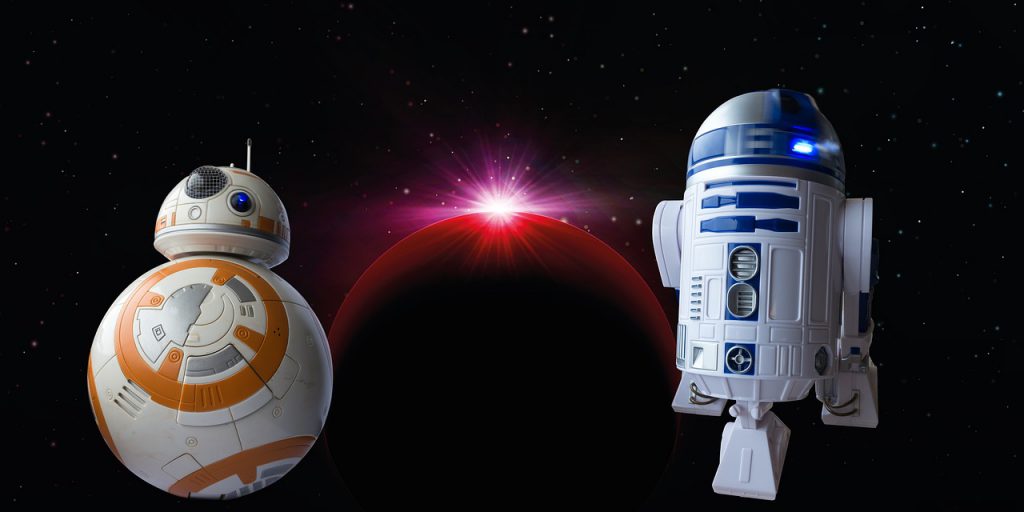 # Steven Spielberg was originally penned in to direct Return of the Jedi, but because Lucas had a falling out with the Director’s Guild, of which Spielberg was a prominent member, Spielberg was forced to withdraw from the deal.

# George Lucas originally wanted legend Orson Wells to be the voice of Darth Vader. Obviously this never eventuated. It was thought Wells’ voice was just too iconic and recognisable to be used for the villain’s voice over.

# The Clone Troopers featured in the 3 prequels were all computer animated. There were no physical actors or any actual costumes made. These characters were totally created in the digital world. Which is bad news for authentic memorabilia hunters out there.

# Famous cinematic music composer, John Williams (think the JAWS theme) was commissioned to write a theme song for Darth Vader which is known as the Imperial March. It was first featured in The Empire Strikes Back, and was used in future films whenever there was a scene depicting Anakin turning to the dark side.

# Darth Vader’s voice is played by actor, James Earl Jones, and it has become one of the most iconic voices in the history of modern cinema. The infamous breathing sounds Vader’s character makes, however, is achieved by a completely different method. The sound was created by inserting a microphone into the regulator of a scuba tank and recording the breathing noise. If you’ve ever been snorkelling and have your face and ears below the surface while breathing through the snorkel, it’s the exact same sound.

# Alec Guiness at first refused to appear in any future Star Wars films because he considered the first film to be “fairy tale rubbish”. He was later persuaded to film the ghostly images for The Empire Strikes Back, and all this was done in one four and a half hour session, for which Guiness received millions of dollars for his share of the film’s gross takings at the box office.

# “Luke Starkiller” – That was the name originally penned for Luke Skywalker’s character. The original name remained right up to the start of shooting for the first film, but was soon changed to Skywalker.

# Have you ever noticed that the word “Ewok” is never said out loud in any of the Star Wars movies?

# Each and every Star Wars film has been released a week after George Lucas’s birthday on the 14th May. 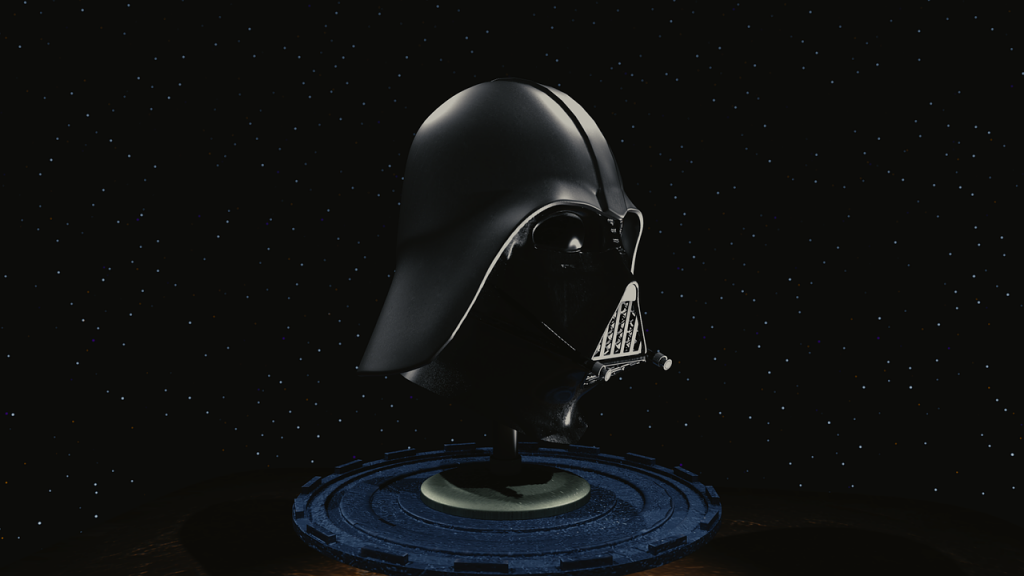 I hope you enjoyed this touch of Star Wars trivia. One thing I really love about this series is the sound effects and iconic music. Many of the sounds used for devices and characters were combinations of naturals sounds blended together, and rather ingeniously.

All the music and sounds and SFX for these films was originally composed and scored specifically for the films. But many films take advantage of music sync licensing these days, where existing music is licensed for projects such as movies and trailers. Some of the very best music for licensing can be found on music licensing website – Songtradr.